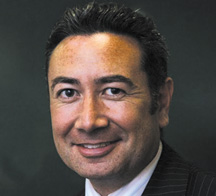 Tev completed most of his urological training in New Zealand before moving to Cambridge in 2003 to complete a Fellowship in Urooncology. He was appointed a consultant urological surgeon at Addenbrooke’s NHS Foundation Trust and Hinchingbrooke NHS Trust in 2004, and has admitting rights at the Spire Cambridge Lea and Cambridge Nuffield Hospitals.