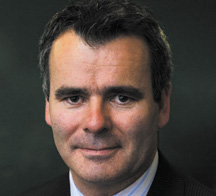 John Kelly received his medical degree from The Queen’s University in Belfast. He was awarded The Professor Geoffrey D. Chisholm Prize, The Calvert Medal and the Ethicon Foundation Prize. He was a recipient of a British Urolological Foundation Award following which he completed his Fellowship at the New York Presbyterian Hospital / Weill Medical College of Cornell University, New York. He has surgical expertise in prostate, bladder and renal cancer as well as core urology. John Kelly is Chairman of the National Cancer Research Institute, bladder clinical study group and is the Chief Investigator for several large national studies. He has recently been appointed Professor of Urology at University College London.

Watch this video in which Professor Kelly talks about haematuria, or blood in the urine